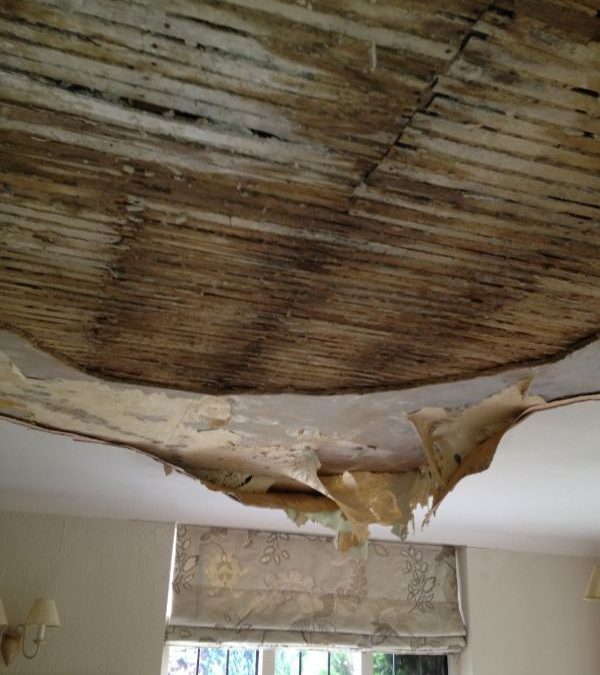 A very small leak caused a very big hole in a ceiling. A very minor leak from a bath waste went unnoticed as the ceiling below was constructed of lath and plaster which just absorbed the water. The plaster became so heavy a large section crashed to the floor, luckily no one was in the room at the time! 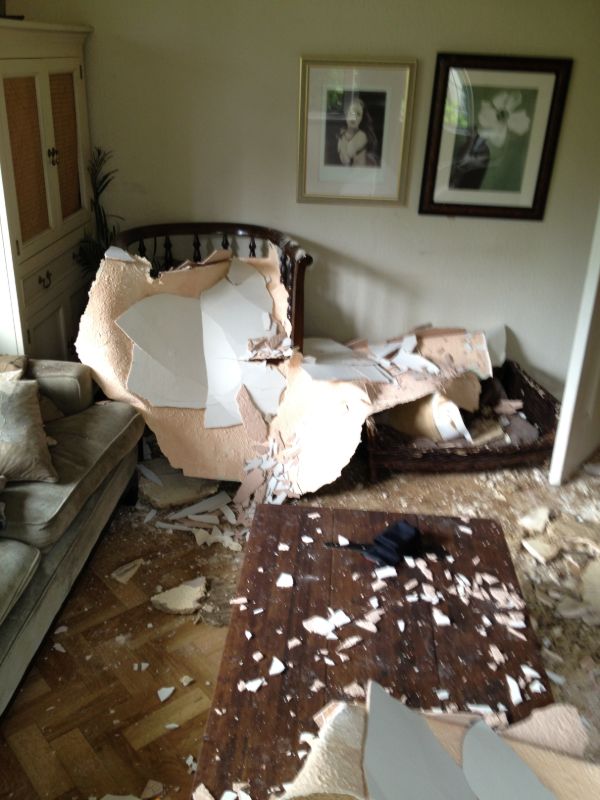 We were recommended to the policy holder by a relative. We carried out a survey of the property and issued a complete scope of the necessary repairs to the insurance company. The insurance company appointed a loss adjuster to manage the claim on their behalf.

The ceiling debris was all over the floor and furniture, so following taking record photographs, we removed the debris and carried out a primary clean.

The remaining ceiling had to be removed, which is a messy and unpleasant job, so prior to commencing, the room had to be sealed and a dust extraction unit set up. This enabled us to clear the ceiling without contaminating the rest of the property.

After the ceiling was removed it was replaced with plasterboard and skimmed with plaster. The decorations were completed to a high standard. 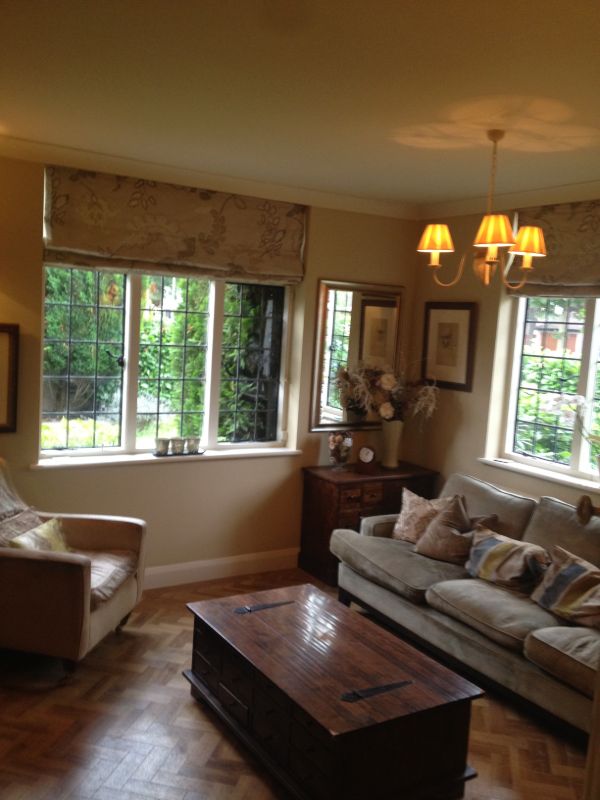